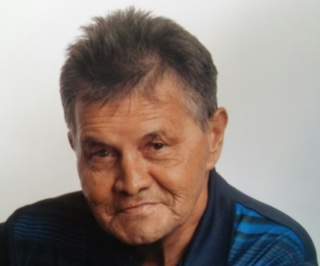 IN MEMORY OF RAYMOND E. BACA

Raymond E. Baca, a life-long resident of New Mexico for over 62 years, went to be with his Savior Jesus Christ on August 9, 2018. He is preceeded in death by his son, Daniel Ray Baca, his parents, Chano Baca and Donna Marquez, and his brother Roger Baca. He is survived by his loving wife, of 40 years, Sylvia Baca, his daughter Gina Ahumada, grandsons Mario and Armando Ahumada, grandaughter Andrea Moya, sisters Pauline Nieto, Tina Baca, and Mary Cordova, brothers Jessie Cordova and David Cordova and many nephews and nieces. His memory will live forever in our hearts.

Thank you all for your support during this difficult time for US. Please join us at A Celebration of Life at The South Valley Multipurpose Senior Center, located at 2008 Larrazola Road, SW from 3:00 pm to 5:00 pm.

To order memorial trees or send flowers to the family in memory of Raymond Baca, please visit our flower store.