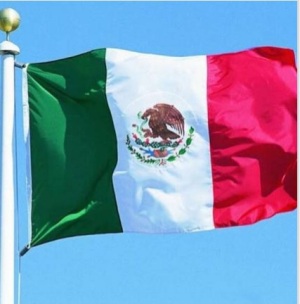 Marcel Kerkmans, the father of four admiring daughters, who carried his bravado and bluster earnestly enough to befriend or charm the most skeptical of strangers, passed away peacefully on Thanksgiving Day, 2020, surrounded by family. An immigrant from Holland, Marcel first suffered from osteomyelitis when he was just four years old and was hospitalized multiple times in his life for treatment from bone infections.Neither his new citizenship nor the repeated bone infections prevented Marcel from growing up to embody the best of America’s ideals by doing his bit to help those who could use it—regardless of differences in background, race, ethnicity, or status—and standing firmly against anyone who tried to take away or diminish those ideals.

Starting in 1980, as the Director of Finance, and continuing on in 1986 as the Executive Director, Marcel worked for the Alamo-Navajo School Board where he helped secure the funding to build the first permanent school in Alamo, the Alamo Health Clinic, and the Alamo Early Childhood Center. Marcel embraced the concept of self-determination for Native people and worked to secure a Bureau of Indian Affairs self-determination contract, so children could be welcome back from dormitory education to living and learning in their own community and bringing jobs and job training to members of the community.

The middle child of five siblings, Marcel was born on February 6, 1950, in Rotterdam, Holland, where he was brought home to live with his parents, maternal grandparents, an uncle, and two older siblings in a two-bedroom house. A third sibling shortly followed, and the young but growing family soon moved into their own apartment. In Holland, Marcel grew up admiring his father, a champion billiards player, and his mother, one of Holland’s rising track and field athletes before World War II. With limited opportunity in Holland following the war, the family of six next emigrated to Los Angeles County, CA, where they welcomed a fifth and final child before finally settling in Hurley, NM. And it was in New Mexico where Marcel would follow his father and go on to become an accountant after graduating from Western New Mexico University in 1973. His ability to translate his profession into meaningful assistance for the Alamo Navajo School Board had him traveling to Washington, D.C., to testify before congress, and promoting tribal autonomy while also helping securing grants for the development of reliable running water to Alamo. Yet, it was his four daughters who he clearly considered his greatest achievement, and who he reserved his most charismatic self and fantastical stories for, sometimes blurring the lines between the two.

Known simply as Papa to Issica, Aurelia, Maggie, and Rose, Marcel readily and eagerly provided guidance and comfort any time advice or care was needed. His absence will be a hole that cannot be filled, however, the grounding he and their mothers provided has left a lasting impact on them. Grounding them by example as both Marcel and his first wife, Diana Candelaria, remained close friends watching their daughters become mothers themselves. And grounding again as Marcel and his wife, Anastasia Kerkmans, not only cared for each other as each fought cancer, but continued to live fully with and for their daughters, despite these illnesses. It was that work, helping guide and ground his daughters into adulthood that Marcel fought for so long to be able to provide. First diagnosed with cancer in 2004, Marcel continued to create smiles and laughs, hand out advice and distraction, and not shy away from truth and reflectionf or another 16 years before finally resting.

Marcel is preceded in death by his parents and his wife, Anastasia Kerkmans. Is survived by his brother, Ron Kerkmans, sisters Anke Bates, Wilhelmina Munson, and Liesje Kerkmans. His daughters Issica Macaulay, Aurelia Webb, Rose Kerkmans, and Maggie Kerkmans, grandsons Eliseo, Jamis, Paxton, and Ashton, and granddaughters Scarlett and Xiomara.

Funeral arrangements will be announced at a later date.

To send sympathy gifts to the family or plant a tree in memory of Marcel Simon Kerkmans, please visit our tribute store.