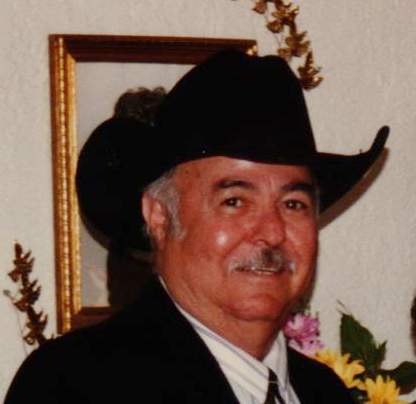 Tommy Cordova was a loving husband, caring brother and wonderful father and grandfather who fell asleep in death on January 8, 2021 at Odelia Healthcare nursing home at the age of 80. He was the 15th child out of 28 born to his Mother Mary Cordova and his Father Perfecto Cordova. He is survived by his wife Mary Demecia with whom he shared 61 years of marriage. He is also survived by a sister Josie, brother Andrew, son Isaac, daughter Sharon his Sugar plum, her husband Lon, daughter Sabrina his Sugars, her husband DJ, grandson Joshua his Pumpkin, his wife Mara, granddaughter Kimberly his Princess, grandsons Ryan his Rollie Pollie and Christopher his Poopsie along with many other nieces and nephews, in-laws and cousins. He was
preceded in death by his mother and father, his son Anthony, and many of his brothers and sisters including the most recently passed Angie and Virginia.


Tommy was best known for his love for Jehovah God. He remembers his mother Maria studying with Jehovah’s Witnesses when he was a young boy. After he married, he and his wife Mary began studying in Belen with Sister Tressa Giffin then Brother and Sister Deaton. When Tommy and Mary moved to Albuquerque they continued their study of the Bible with Brother and Sister Stewart then Brother Stanley Weigel, finally with Brother Arthur Sample. Eventually he was baptized as one of Jehovah’s Witnesses in Santa Fe, NM in 1963 along with his wife Mary. He continued to grow in his love for Jehovah by serving as a Regular Pioneer for a total of 9 years as his health permitted and an Elder from 1973-2010 about 37 years. He enjoyed teaching
others the truth from God’s Word the Bible. He loved studying the Bible, researching the scriptures using Bible based publications. He once was nicknamed the Tapeworm because he would collect Bible based talks on tape so he could listen to them while he slept, cleaned, relaxed, drove in the car, pretty much anytime. He would talk to anyone he could about the Bible. And since he was so down to earth they felt comfortable with him. He helped many return to Jehovah just with a smile, a touch on the shoulder. He made them feel loved. He was truly something special to all who knew him.


Tommy loved spending time with his family and traveling. He had many friends in different states and congregations mostly around Albuquerque and the surrounding areas and California where he and his family lived for a time. All that knew him loved him. All that knew him knew he loved chocolate and sweets. He definitely had a sweet tooth. When he was living in the nursing home after his stroke in 2010 he may not have always remembered it but he loved when the brothers and sisters would come by and visit and bring him goodies. He was always asking what you brought. Always searching for the sweets. Even the nurses knew he would go for his dessert first and had to watch him because he would try to eat his neighbors dessert too.


Tommy was always making people laugh. He loved to tell “Dad” jokes. Anytime he was with his friends he was laughing, laughing so hard they were both crying. Hearing him laugh would make you laugh. He brought so much happiness to those around him. He will truly be missed by many.


Tommy wholeheartedly believed in Jehovah God’s promise of a resurrection. He found comfort, as we all can find comfort, in God’s Word the Bible. Job 14:14,15 says “If a man dies, can he live again? I will wait all the days of my compulsory service Until my relief comes. You will call, and I will answer you. You will long for the work of your hands.” Acts 24:15 says “And I have hope toward God, which hope these men also look forward to, that there is going to be a resurrection of both the righteous and the unrighteous.” Revelation 21:3, 4 “With that I heard a l oud voice from the throne say: “Look! The tent of God is with mankind, and he will reside with them, and they will be his people. And God himself will be with them. And he will wipe out every tear from their eyes, and death will be no more, neither will mourning nor outcry nor pain be anymore. The former things have passed away.”


We look forward to the fulfillment of these truly wonderful blessings and the time when we will be able to welcome Tommy and others we have lost in death back to life.

To order memorial trees or send flowers to the family in memory of Tommy Cordova, please visit our flower store.