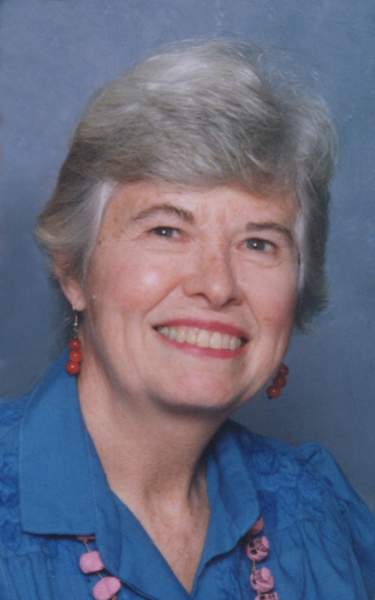 Tanner Leigh Ottley Gay passed away on January 7, 2021 in Albuquerque, New Mexico, where she lived with her husband, David Gay. Tanner was born January 27, 1940, in Lexington, Kentucky. Her father worked for the Army Corps of Engineers and the family moved often, finally settling in Bradenton, Florida, and building a series of houses on Anna Maria Island where they enjoyed the seaside life. She attended Palmetto School, where her mother taught, and later Manatee High School, where she was active in many clubs. She continued many of her high school interests—Latin, history, English, reporting/writing for the school newspaper, plays, student council, service, and homemaking—throughout her adult life.

At the University of Kentucky, she joined the Kappa Delta sorority, making many new friends while keeping many from childhood. In high school and college, Tanner worked summer jobs in New England—picking shade tobacco or waitressing at Kennebunkport resorts. She liked the Northeast, and after graduating, she moved to Boston and got a job at Houghton Mifflin Company, working her way up to editor in the School Reading Department. She edited textbooks and teacher guides, and wrote her own series of illustrated children’s books using age-appropriate vocabulary.  Later, when she and her husband moved to New Jersey, Tanner worked as a free-lance editor until she retired.

After both her parents died, Tanner bought her first house in Watertown, a Boston suburb. Her lifelong interest in and love of singing, cooking, gardening, photography (developing black and white photos in her bathtub), and cats coalesced at that time. Lani was her first cat, named after the last Hawaiian queen, Liliuokalani. She sang with the Ralph Farris Chorale (Boston), and church choirs at Trinity Church (Boston), Calvary Episcopal (New Providence, NJ), and the Cathedral of St. John (Albuquerque). With the latter, she and her husband, David, visited England on several choir tours.

Tanner and Dave met in 1977 as members of Trinity Church’s Phillips Brooks Club. They enjoyed each other’s company, and Dave proposed on a golf cart while vacationing in Florida. They married in August, 1980 at Trinity Church and, when Dave was offered a job at Bell Labs in 1981, moved to New Providence, New Jersey—within striking distance of New York, the Metropolitan Opera, City Opera, plays, museums, and her lifelong friend, Sally Dorst. When the dot.com bubble burst, Dave’s work situation changed, and in 2003 they moved to Albuquerque for Dave’s new position at Sandia Labs.

She and Dave loved to travel, and had many opportunities to do so for Dave’s work and purely for pleasure. Their first foreign trip together was to England, where they rented and rode a tandem bicycle around the countryside for two weeks. (They enjoyed this so much they bought a tandem when they got home, and rode it often.) Over the years, they visited the Galapagos Islands, Bolivia, Singapore, Poland, the Antarctic, Alaska, Iceland, Mexico, Oman, and several other countries. She and Dave also enjoyed exploring the beautiful natural areas closer to home together by bicycle and on foot. They enthusiastically attended countless gatherings of friends and family, sometimes travelling far to do so.

Tanner loved to cook, and to read cookbooks. Over the years she gathered a sizeable collection. She also enjoyed sewing—from items for the home to her own wedding dress, and later in life, potholders for family and friends. Anyone with an Ottley-Gay potholder is in a special club. She also learned Spanish, turning to telenovelas to build her vocabulary and polish her conversational skills. She volunteered at Albuquerque’s Bargain Box (later renamed the Assistance League Thrift Shop) where she sorted donations and helped in other ways. Although she developed Parkinson’s disease several years ago, she kept working and traveling, and she wrote a Christmas letter just weeks before she died.

It was telling of Tanner’s character that she made many friends and never spoke ill of anyone. She loved her family and they loved how she brightened all their lives when she was around or was reaching out by letter or phone.  She was one of those people who make the world better—smart, curious, optimistic, adventurous, and easy going—a rare bird for whom patience was a virtue. She was a spirited singer, excellent writer and editor, and a generous photojournalist for friends and at family gatherings. Her kindness and sense of humor shone in everything she said and did. She would be the first to say she was grateful for the many blessings in her full life, particularly the many friendships she so easily cultivated. She was loved by many. We will miss her terribly.

A service to celebrate Tanner’s life will be held at the Cathedral of St. John, Albuquerque, in late summer or fall 2021.

Donations in Tanner’s name are welcome at The Cathedral of St. John (Albuquerque), the Michael J. Fox Foundation for Parkinson’s Research, or a charity of your choice.

To order memorial trees or send flowers to the family in memory of Tanner Gay, please visit our flower store.