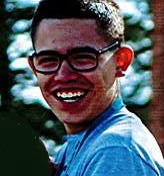 Matthew was known for his outgoing, loving personality, always making people who were around him constantly laugh and smile. There was never a dull moment when he was around, he touched the lives of everyone he came in contact with. He will always be remembered for his smile. He had a heart of Gold.

To order memorial trees or send flowers to the family in memory of Matthew Graham, please visit our flower store.