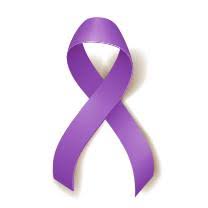 Rio Rancho, New Mexico – Helen M. Willett Morar, 78, passed quietly at her son’s home on Tuesday, October 8, 2019, surrounded by her son and daughter-in-law and her sisters. She was born in Fort Fairfield, Maine. Helen was the daughter of the late Robert and Pauline Willett.

Besides her parents, she was predeceased by her husband Vasile (Chuck) Morar in 1989, her one and only love. She also lost her brother Robert F. Willett, and her sister Aneta Willett Todd Ott.

After graduating from Fort Fairfield High School, she took a year off before attending Central Maine General School of Nursing in Lewiston, Maine.  After graduation, she and a couple of her friends headed to west for an adventure and loved California so much she decided to move there in 1963.  She met and married her husband and eventually completed her Masters Degree in Nursing while working at Los Robles Regional Medical Center.   Helen served in many capacities as a nurse as well as an Administrator.  Shorty after the death of her husband she decided to move back East to Myrtle Beach, SC as an Administrator at the local hospital.  After two years, she moved back to her beloved State of Maine working at Inland Hospital in Waterville, Maine.  After retirement, she moved to Rio Rancho, NM to be near her family.

She will be remembered by her son, Dean and daughter-in-law, Jerri; daughter Lisa Morar; her step-daughter Stephanie Boyd; granddaughter Zoe Morar-Quilman, and her husband Al-Noor; Charlie Silva; two grandsons, Wesley Morar and his wife Kira, and Garrett Morar;  four great-grandchildren, Diego and Niko Quillman, Aiden and Isobel Morar;  three sisters:  Joyce and brother-in-law Geoffrey Maker, Judy Marshall, and Lana Paige and her partner Shari Lewis.  She is survived by many nieces and nephews.

In lieu of flowers, donations can be made to the National Pancreatic Cancer Foundation.  A graveside service will be held in the spring at Riverside Cemetery. Fort Fairfield, Aroostook County, Maine

A service summary is not available
© 2020 Affordable Cremations and Burial. All Rights Reserved. Funeral Home website by CFS